Brakes put on the investment market 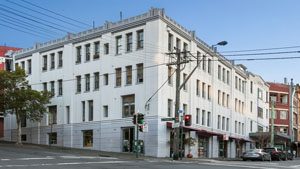 Seven new pieces of legalisation were introduced this year by APRA, the fiscal regulator, to slow investment in residential property, doing the job of the Reserve Bank as far as not having to increase interest rates.

Gunning Principal Malcolm Gunning said the most significant new legislation was aimed directly at the foreign investors and the local residential investor that almost immediately subdued the demand.

“The peak for home sale in my opinion was the third quarter of 2016,” Mr Gunning said. “Since then the demand has steadied and a flatting in price has occurred in most Sydney suburbs.

“The stand out for continued price growth and demand has been regional NSW in particular the north coast and I expect this to continue into next year.

“ The boom markets at present are office and industrial leasing, fuelled by the strong NSW economy and the under-supply in space which will flow through into the year ahead.

“I’m of the opinion the strong demand will continue to push up rents in 2018,” Mr Gunning said.